Brooklyn Family Friends Music Out and About

Good vibes and positive energy (which could’ve definitely been attributed to the illegal substances *hint hint* I noticed being passed around) were readily abundant during yesterday’s Afropunk Festival at Commodore Barry Park in Brooklyn.

I’d heard about this festival in years past, but had never had the opportunity to attend. That is until last Thursday when I noticed a Brooklyn-based arts and media organization known as BRIC Arts was giving away two Fast Passes and I won! I definitely had no excuse not to attend (except for maybe the ensuing fatigue after attending my friend’s going away party Friday evening), but I really wasn’t going to let anything stop me.

Although the festival began at noon, we didn’t make it there until about 3pm, which was totally okay because various acts were performing on several stages throughout the day. When you first walk into the park you’re greeted by a sea of people, food trucks, and white tents full of merchandise waiting to be sold. Vibrant yellows, reds, blues, and pinks radiated from the clothing that festival-goers wore, who of course wanted to put their best foot forward and put together outfits and patterns as you’ve never seen. From platform sneakers and studded overalls to shiny silk kiminos and flower crowns, people definitely dressed to impress. I, on the other hand, dressed for comfort haha.

What began with a 2003 documentary entitled Afro-Punk, that shed light on the black punk community and what it’s like to be a part of it, oftentimes filled with loneliness, the first Afropunk Festival followed two years later as a, “platform for the alternative and experimental.” And as the Afropunk ticket states, “NO: sexism, racism, ableism, homophobia, fatphobia, transphobia or general hatefulness allowed. You WILL be asked to leave.” 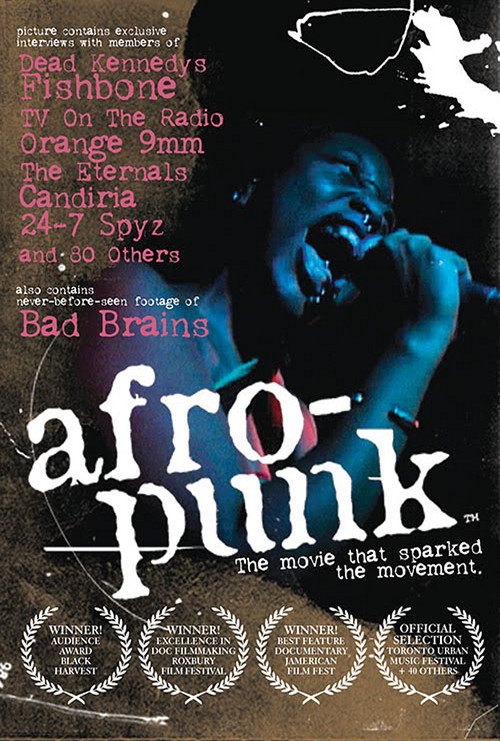 In previous years, performers such as Erykah Badu, Solange Knowles, and Janelle Monae have all taken stage and now in its 9th year, the festival has grown bigger than ever.

Although I am not too familiar with most of the performers that I saw yesterday, it was still a wonderful experience to have witnessed them live. They exude a confidence and strength that many mainstream artists nowadays seem to have lost beneath pounds of makeup, costumes, and wigs. These performers come as they are with just their beautiful voices, a mic, a band and backup singers, and maybe even a guitar.

One of the standout performers, and clearly the most anticipated of the evening, was an up-and-coming folk/soul singer from England named Lianne La Havas. From the moment she began to sing I was hooked! Her vocals were incredibly strong, her guitar playing sensual, and her lyrics meaningful. One of the biggest surprises was that it was also her birthday yesterday and she was only turning 25! It’s so inspirational when people who are around the same age as myself are doing what it is that they love. I can only hope that one day I am so lucky. If you haven’t heard any of her music, I definitely recommend giving it a listen, you won’t be disappointed.

Overall, yesterday was better than expected. Despite having been rained on just a bit, it wasn’t enough to dampen (get it?) the spirits of all those who attended. The music was as diverse as the crowd and the positivity was infectious. Today is the last day of this year’s fest, and if you haven’t much else planned, I recommend taking a trip over to experience it in person. D’Angelo is set to perform tonight and I’m sure it’ll be a performance to behold. If you do plan on attending, please share your experience below!

A Memorial Day to Remember

Kayaking on the East River